shows all displayable characters in the unicode range 0 - 65536 (49571 characters). one character per frame.

i also made a poster (featuring all characters in the video): 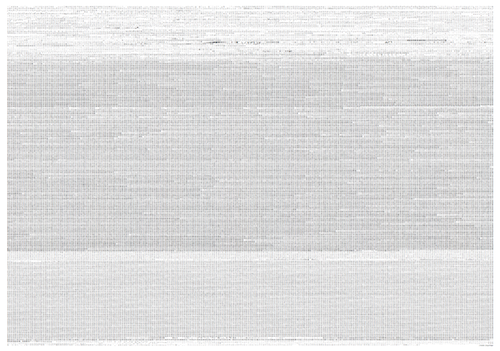 it should be printed large (the paper size i chose was A0 or 1189mm x 841mm) but it might also work for smaller sizes.

i was starting with adobe after effects but in the end used a custom written program that just filed out png-images. i then had ffmpeg assemble them together to the 33 minutes of video.
the hardest part (or so i thought) was how to find out which character were displayable by the computer and which were shown as nasty "undefined character"-boxes. i was trying to find a programmatic way but solved it in the end with a text editor. i just edited the text file containing all characters in the range and deleted all undefined characters. it took me half an hour instead of hours of writing a new program that could detect those nasty boxes.

because i received so many questions about the sound i will write a few words: the sound is me reciting the alphabet (in german). one letter per frame. in the beginning though it's one letter every two frames with the start of the chinese section it's then one per frame. i added quite a bit of randomization to make it more interesting and gradually increased the length of the played sounds until the middle and then reduced it again. also a little bit of filtering. one interesting thing is that the alphabet has 26 characters but the video framerate is 25 frames per second so it gradually shifts. but you won't notice because of the radomization.

here's the list of displayble characters for Helvetica on a mac:

it might look different in your browser though but most of the characters should work.